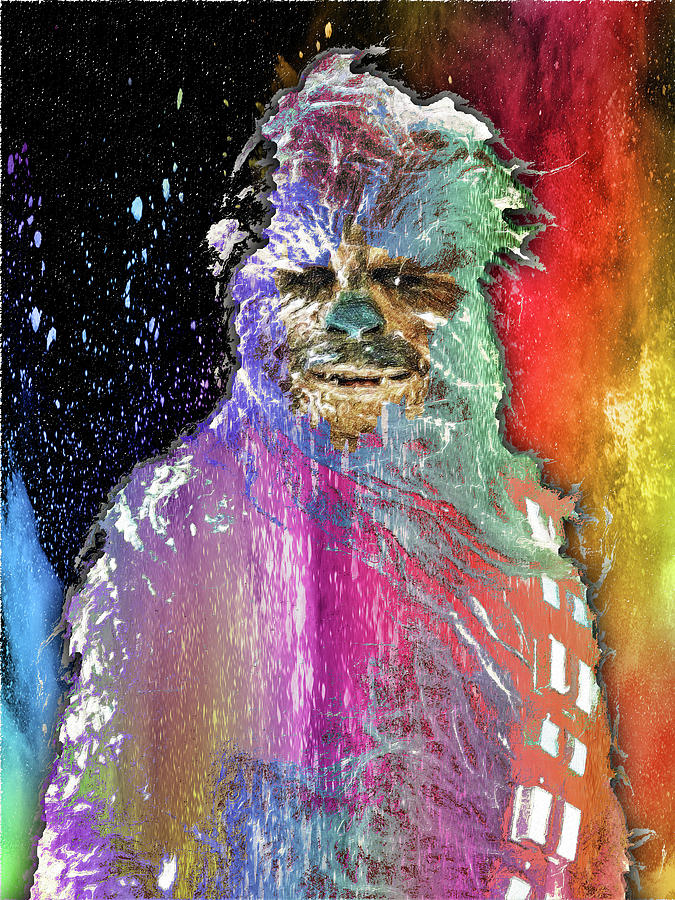 Chewbacca , nicknamed "Chewie", is a fictional character in the Star Wars franchise. He is a wookiee, a tall, hirsute, bipedal, intelligent species originating from the fictional planet of Kashyyyk. Chewbacca is the loyal friend and first mate of Han Solo, and serves as co-pilot on Solo's spaceship, the Millennium Falcon; together they help the Rebel Alliance defeat the Galactic Empire and restore freedom to the galaxy. In the original trilogy, Chewbacca is portrayed by Peter Mayhew. Mayhew shares the role with his body double, Joonas Suotamo, in the first episode of the sequel trilogy, Star Wars: The Force Awakens. Suotamo took over the role in the next episode, The Last Jedi, and reprised it in the anthology film Solo: A Star Wars Story and the final sequel trilogy film, The Rise of Skywalker. The character has also appeared in numerous works within the Expanded Universe, consisting of television series, books, comics, and video games.