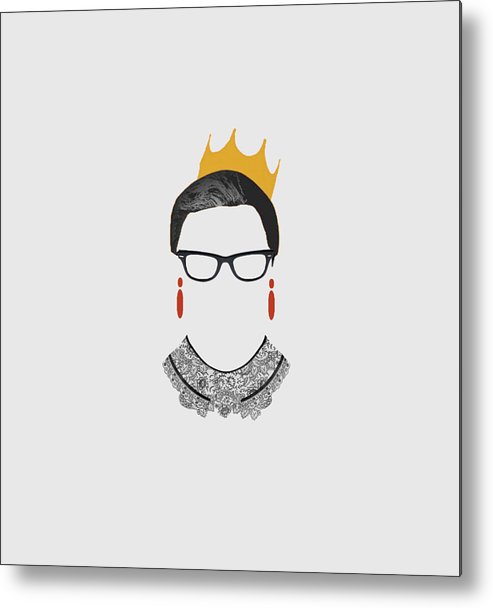 RBG Ruth Bader Ginsburg Drawing metal print by Tony Rubino.   Bring your artwork to life with the stylish lines and added depth of a metal print. Your image gets printed directly onto a sheet of 1/16" thick aluminum. The aluminum sheet is offset from the wall by a 3/4" thick wooden frame which is attached to the back. The high gloss of the aluminum sheet complements the rich colors of any image to produce stunning results.

Bader Ginsburg is an Associate Justice of the Supreme Court of the United States. Ginsburg was appointed by President Bill Clinton and took the oath... more

Cool. Original. Affordable. Ready to hang. Welcome. Here you'll find some of my fine art pieces: stuff that seeks to comment on pop culture, celebrity, nostalgia and the current melees' of information received through technology. As a syndicated, daily-newspaper cartoonist, some of my work expresses my joy and love of comic art and my frustration at remaining a relevant pop artist in a progressively ailing industry. I achieve these goals by using a combination of, humor, iconology, parody, association and dichotomy, fused and juxtaposed to create high quality drivel. Don't hesitate to contact me if you'd like me to sign your print. I'm also happy to do custom portraits and commissioned artwork. In addition, color palettes can be changed...