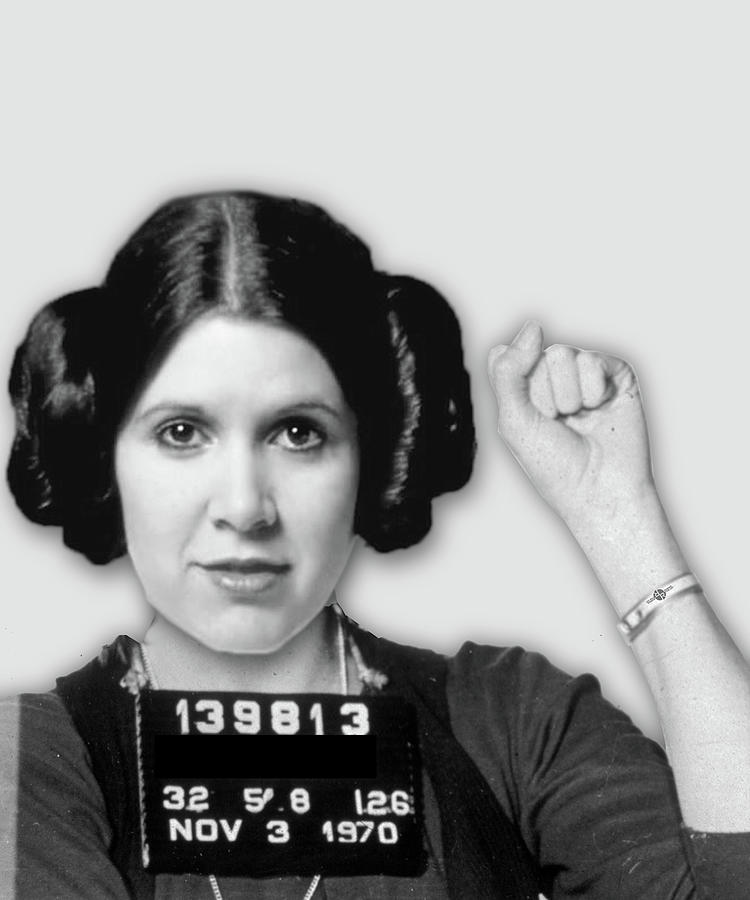 Pop art comes in many forms. I consider this one of them. You'll find here a mugshot of Jane Fonda. Here, Jane Fonda famously poses with a raised, clenched fist, was taken on November 3, 1970. In the early 1970s, Fonda was famous more for her activism and radicalism than for her acting. Although she had not yet earned the scornful nickname Hanoi Jane, she was well on her way, associating herself with a wide range of leftist causes, ranging from Vietnam War protests to Native American and Womens Rights. By the time of her arrest, Fonda was allegedly under FBI surveillance, most likely due to her having illegally talked to soldiers earlier in 1970 for her anti-war FTA Road Show and having a relationship with Black Panther leader Huey Newton... these shots are sometimes off-putting, but always compelling.