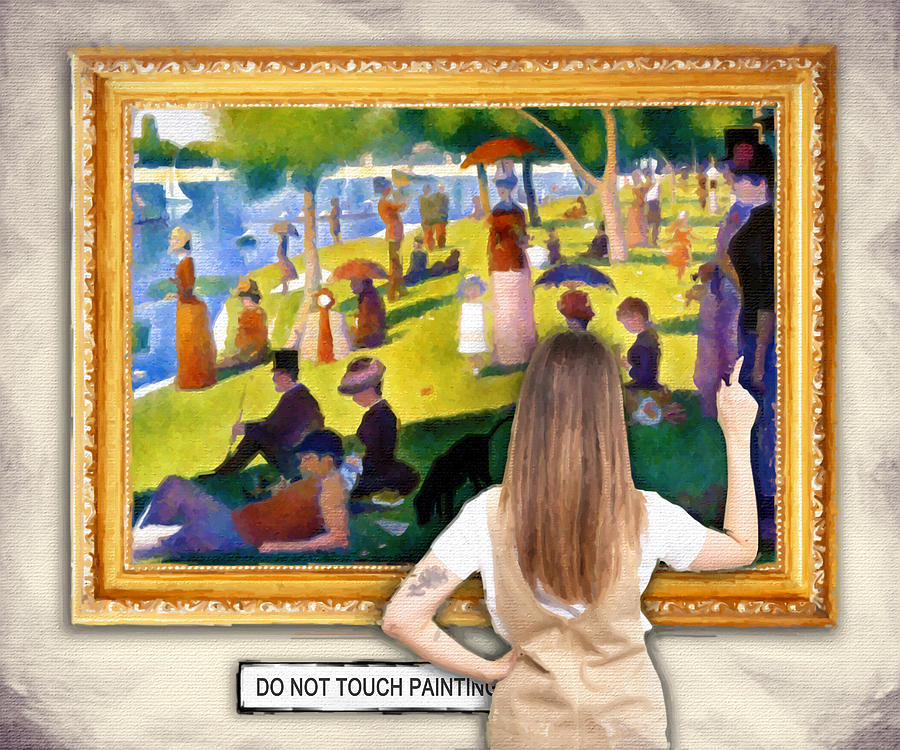 Observation Of Seurat Sunday Afternoon On The Island Of Grand Jatte. The painting depicts fashionable Parisians enjoying a Sunday afternoon at a popular beauty spot located on the River Seine between Neuilly and Levallois-Perret. While his earlier Bathers at Asnieres depicted the working class left-bank of the river, this work shows the bourgeois right-bank at La Grande Jatte. Thus, for instance, in contrast to the unremitting heat of Asnieres, La Grande Jatte has plenty of cool shade in which to escape the sun. The essential meaning of A Sunday Afternoon on the Island of La Grande Jatte is far from clear. However art critics believe that it should be interpreted in comparison to its sister work Bathers at Asnieres. They believe that ‘La Jatte’ represents the French bourgeoisie, a decaying class that has fallen victim to lust and vice, and which is now in the shadows. In contrast, the sun is shining on the working class bathers of Asnieres, who represent the bright future of France.