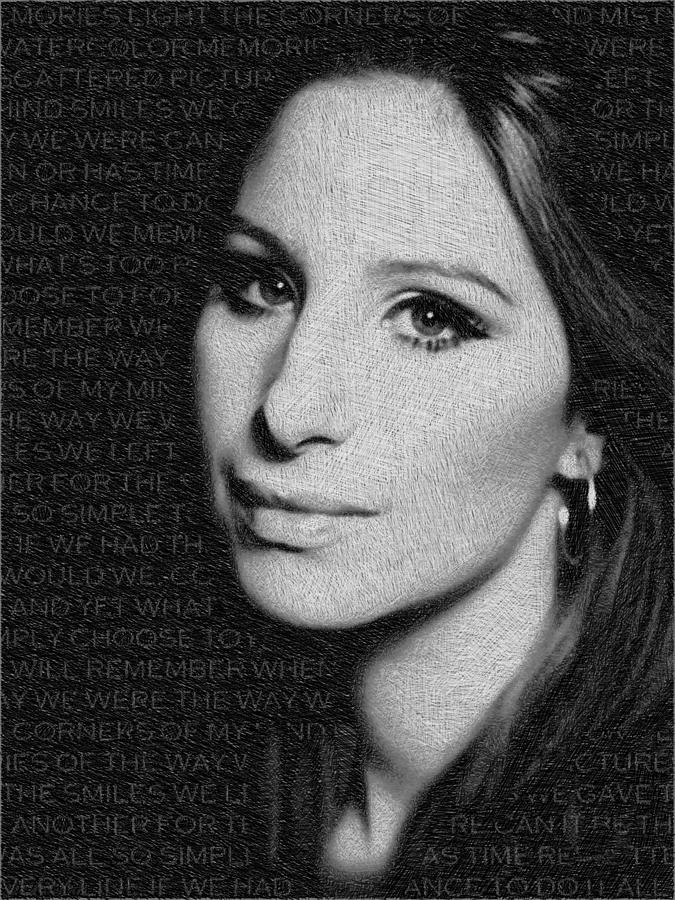 Barbara Joan "Barbra" Streisand (/ˈstraɪsænd/; born April 24, 1942) is an American singer, actress, and filmmaker. With a career spanning over six decades, she has achieved success in multiple fields of entertainment, and is among the few performers awarded an Emmy, Grammy, Oscar, and Tony (EGOT).

Streisand began her career by performing in nightclubs and Broadway theaters in the early 1960s. Following her guest appearances on various television shows, she signed to Columbia Records and released her debut The Barbra Streisand Album (1963), which won two Grammy Awards, including Album of the Year. Throughout her recording career, Streisand has topped the US Billboard 200 chart with 11 albums—a record for a woman—including People (1964), The Way We Were (1974), Guilty (1980), and The Broadway Album (1985).[1] She has topped the US Billboard Hot 100 chart five times, with her number-one singles "The Way We Were", "Evergreen", "You Don't Bring Me Flowers", "No More Tears (Enough Is Enough)", and "Woman in Love".

Following her established recording success in the 1960s, Streisand ventured into film by the end of that decade.[2] She starred in the critically acclaimed Funny Girl (1968), for which she won the Academy Award for Best Actress.[3] Additional notoriety followed with films including the extravagant musical Hello, Dolly! (1969), the screwball comedy What's Up, Doc? (1972), and the romantic drama The Way We Were (1973). Streisand won a second Academy Award composing music for "Evergreen", the love theme from A Star Is Born (1976), the first woman to be honored as a composer.[4] With the release of Yentl (1983), Streisand became the first woman to write, produce, direct, and star in a major studio film.[5] The film won an Oscar for Best Score and a Golden Globe for Best Motion Picture Musical. Streisand also received the Golden Globe Award for Best Director, becoming the first (and for 37 years, the only) woman to win that award. Streisand later directed The Prince of Tides (1991) and The Mirror Has Two Faces (1996).

With sales exceeding 150 million records worldwide, Streisand is one of the best-selling recording artists of all time.[6][7] According to the Recording Industry Association of America (RIAA), she is the highest-certified female artist in the United States, with 68.5 million certified album units tying with Mariah Carey.[8] Billboard honored Streisand as the greatest Billboard 200 female artist of all time.[9] Her accolades include two Academy Awards,[10] 10 Grammy Awards including the Grammy Lifetime Achievement Award and the Grammy Legend Award,[11] five Emmy Awards, four Peabody Awards,[12] the Presidential Medal of Freedom,[13] and nine Golden Globes